Interop @ 30: It’s Still About Working Together 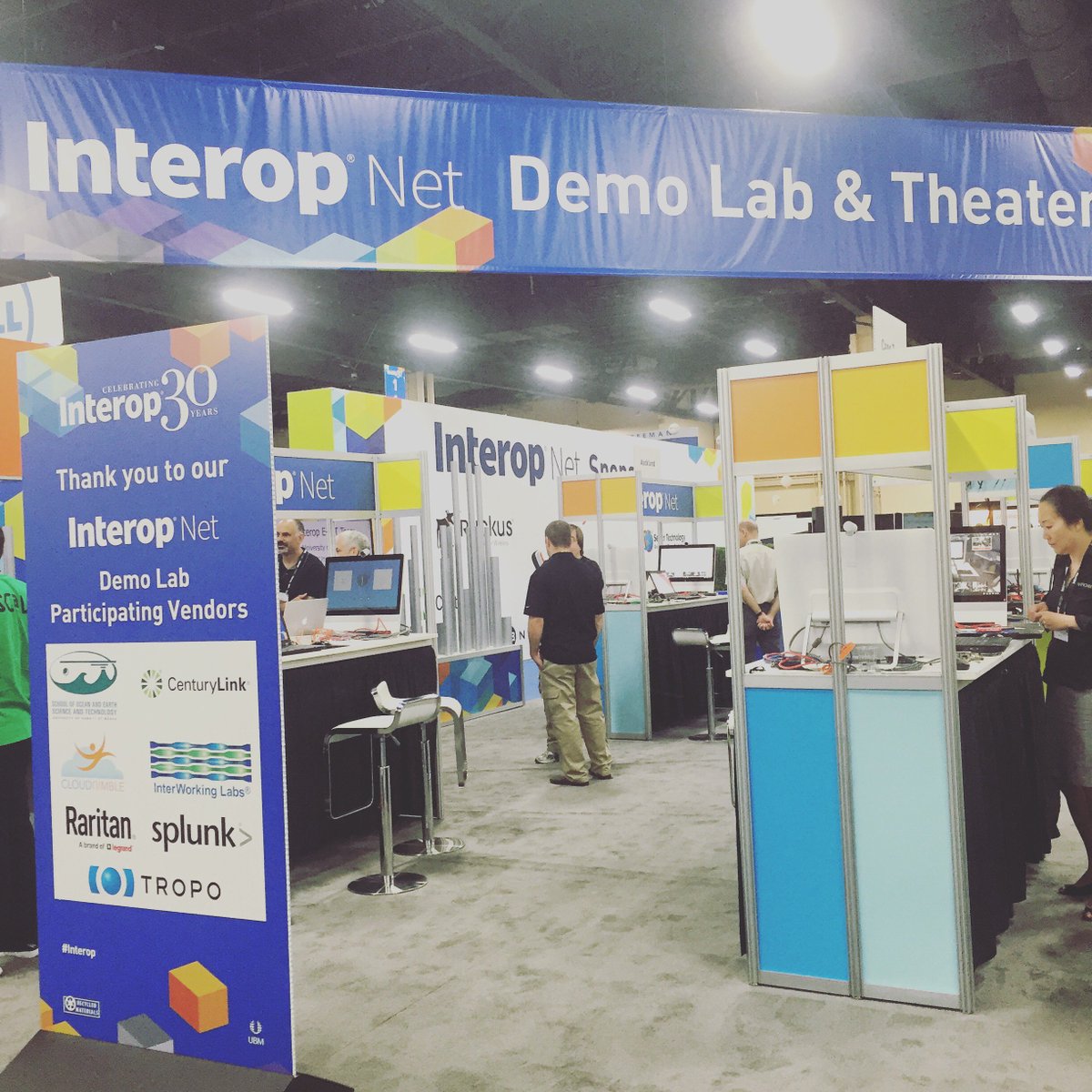 Interop 2016 has hit the halfway point. We have a couple more days left of sessions but I wanted to jot down some thoughts on the show.
The one thing that is undeniable is that Interop has changed. Tom Hollingsworth wrote an article questioning if Interop was dead or if there was still life in it. Does the notion of interoperability still exist in the networking world and is it something that needs to be addressed with a conference? Has the show become just a place for a bunch of nerds to get together and look at some cool tech? What is the point of Interop in 2016?
I think Interop has transformed from being about device interoperability to people interoperability.
Let me explain.
This show has its roots in getting things to communicate with each other and having those things operate by using fluid communication. While nothing has changed with the fundamental thought of that, everything has changed with the things that are communicating.
What used to be a show that staged how devices communicated and operated together and in concert is now a show that represents how people communicate with those devices, with each other, and with the world around them. From the sessions discussing how to build and secure those devices, from IoT to wireless, to the tradeshow floor that has everything from wireless sensors, video surveillance, and video conferencing systems, this show is about getting things, and people, to work together.
As we all know, the workplace has changed from people sitting behind terminals plugged into Ethernet or coax connections, to people being able to freely roam and work no matter where or when they choose. This has shown a boost in performance, productivity, creativity, and changed our idea of a workplace forever.
Under the thought of interoperability, we have to be able to use devices, networks, and software for the services they provide, not for the functionality of the device itself. We have to interoperate with the technology.
In Tom’s article he argues that there still a great amount of interoperability that needs to be sorted out at a hardware level. I agree with that, but I see that as a small factor in the overall picture. For the most part, equipment does work well together, it does play nicely. Look at the NBASET plug fest and demo table in the middle of the show floor. They’ve brought together a number of disparate vendors to all connect up and show them working together in a 20 x 20 space. The ability to interoperate is there at the hardware level.
On the connectivity level, we have companies like Cisco, Extreme, and Ruckus / Brocade who are at the show. They are showing off full connectivity solutions from wired to wireless. Well there is still some hardware differentiation between the access point hardware, one of the key things is how they get people on and off the network. How they allow people to interoperate between wired and wireless. The management, the on-boarding, security, and overall usability of these devices is the point all the vendors are driving home.
It’s not about what’s on the network, it’s about what’s happening because of the network.
So the conference has shrunk a little, I don’t necessarily see that as a bad thing. Yeah, I’m disappointed in the lack of representation from the wireless industry at the show, but are standalone wireless companies that important anymore? If they’re not part of the forward progress that we are making as an industry, do they matter? Companies offering single solutions may be cogs in the big machine of business, and some might be really good at their specific solution, but unless people know that those companies or products exist when they’re shopping for a full solution, where does that leave them? At Interop, it leaves them in the dust.
In my opinion, this is the new Interop. It’s about connecting people, not about connecting devices.
The devices are our means to get our jobs done and offer services. We’ve proven they can work together for the last 30 years, now let’s figure out how to make the network vanish and use this technology to really connect to each other.